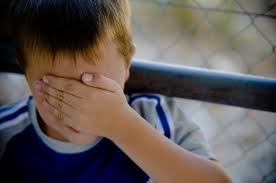 Recalling the revelation of horrific incidents of sexual abuse by members of the Irish Catholic clergy the Vatican  on March 20th released an eight-page summary of the findings and recommendations of the visitation to four archdioceses, religious institutes and seminaries in Ireland.  A Vatican-appointed investigation of the church in Ireland recognized serious shortcomings in the handling of accusations of the sexual abuse of minors, yet found that bishops, clergy and lay faithful are doing an "excellent" job in creating safe environments for children today. While similar sentiments were issued forth by the Irish primate, Cardinal Sean Brady of Armagh, Northern Ireland, others representing the victims were obviously disappointed by the report.    Maeve Lewis, executive director for the Irish centre of sexual abuse, “One in Four’,  criticized the report, insisting that "the Vatican is still not accepting responsibility for its role in creating the culture of purposeful cover-ups of the sexual abuse of children." adding  that "while we welcome the findings of the visitation that the Irish church now has good child protection practices in place, we feel it is a lost opportunity to address the role played by the Vatican in perpetuating the policy of protecting abusive priests at the expense of children."

According to independent experts such as Richard Sipe and Tom Doyle the Vatican has now embarked on a new strategy to handle the ongoing the abuse crisis by:. 1)reducing the time for filing claims 2) reducing the amounts paid to victims 3) forcing SNAP into bankruptcy through costly legal battles  4) distancing itself from any involvement in protecting abusive priests 5) blaming various bishops and religious superiors outside the Vatican for their lack of insight into the mounting crisis. See also National Catholic Reporter article 'Cardinal [Dolan] confirms new aggressive strategy against abuse victims' by  Kristine Ward, dated Mar. 23, 2012


The choice of Cardinals Dolan to lead the Irish investigation by the Vatican was no mistake. As recent as 2011, Dolan endorsed a press release, reproduced on the Archdiocese of New York website, in which the non-profit support group Survivors Network of those Abused by Priests as a "phony victims' group". Anyone familiar with SNAP will immediately recognize the pitiful efforts the Vatican is conducting to put the blame outside the institution.

There is way too much evidence now that both John Paul II and Benedict turned their backs on the victims until forced by the media beginning in 2002 to respond to the ongoing sexual abuse crisis.  More than US $ 2 Billion have been paid out to the victims in the USA not out of sympathy but as a means of avoiding legal action.

We Catholics may not be the best informed people but we are certainly not stupid.
Meanwhile an even more disturbing report involving the Catholic Church in Holland was filed by the BBC News March 20th. as follows:

Up to 11 boys were castrated while in the care of the Dutch Roman Catholic church in the 1950s to rid them of homosexuality, a newspaper investigation has said.
A young man was castrated in 1956 after telling police he was being abused by priests, the newspaper reported. The justice minister is investigating the role of the government at the time.


Last year, an inquiry found thousands of children had been sexually abused in Dutch Catholic institutions since 1945. Dutch MPs called for an inquiry after the report was published in the NRC Handelsblad newspaper at the weekend.


Henk Hethuis, a pupil at a Catholic boarding school, was 18 when he told police in 1956 he was being abused by a Dutch monk. He was castrated on the instructions of Catholic priests, NRC Handelsblad said, and told this would "cure" him of his homosexuality. Hethuis died in a car crash in 1958.


The same happened to at least 10 of his schoolmates, the newspaper said.


Dutch Justice Minister Ivo Opstelten called the allegations "very serious and shocking" and said he would investigate the role of the Dutch government at the time.


The Dutch Catholic church has said it is willing to co-operate with an investigation to find out whether the media reports are true, Reuters reports. A commission of inquiry last year said Catholic officials had failed to tackle the widespread abuse at schools, seminaries and orphanages. The commission - headed by former cabinet minister Wim Deetman - found tens of thousands of children had suffered abuse ranging from inappropriate touching to rape.


It condemned what it called the church's cover-up and culture of silence.


NRC Handelsblad said the commission received a complaint about the alleged castration cases in 2010.


Dutch MPs are to ask formally for a parliamentary hearing with the head of the commission, former cabinet minister Wim Deetman, to ask him why he did not include the information in his report.

Is it now time for the Catholic Church to re-examine their teachings and understanding of human sexuality?

As a postscript to the sad situation, in Ireland,  I am including today (March 23) the following comments on the official report from a victim of sexual abuse by a member of the Irish Catholic clergy. His name must remain anonymous until I receive permission to include it sometime in the future.


Nothing it seems has changed. Consider this passage:


“Particular attention has been given to the assistance offered by the Church in Ireland to victims of past abuse. All the Visitators acknowledge that, beginning with the Bishops and Religious Superiors, much attention and care has been shown to the victims, both in terms of spiritual and psychological assistance and also from a legal and financial standpoint”.


My experience trying to get some satisfaction from the Marist Brothers for the abuse my brother and I encountered at Marian College in Dublin in 1966 has been frustrating and frankly it has damaged my health. The Brother who was assigned to correspond with me regarding the abuse could barely construct an intelligible email.


Communication was difficult and I often waited weeks for a response. After a few polite and even friendly emails were exchanged initially it became clear that dealing with me was the last thing this man or the Marists wanted to be doing, which I can readily understand but that should not have been the message I received.


When pressed to account for the way the Brother who was responsible for the abuse was dealt with by the Marists and what happened to him after he was fired from the school for his abuse of my brother, the Marist brother claimed there were no records he could find. When I expressed my disbelief about this he stopped corresponding with me. The matter remains unresolved.


My last communication with the Marists was last July. I did not have the energy or mental strength to pursue this further at the time. However, I think I should pull myself together to write to Marian College again now that this report has been released.


I have all the email exchanges between myself, the Diocese of Dublin — who were of very little help or support — Marian College and the Marist Order. It makes for some head-shaking reading.


I hope to regain the mental strength to compile this correspondence into an account of this matter.


The Catholic News Service announced March 30th that the Irish Catholic bishops have announced a national day of repentance  in a 12 page document "Repent and Believe the Good News," addressing the importance of repentance for the Irish Catholic Church. It would appear that the Irish Bishops have only partially accepted their role in the scandal because, according to this article, the other half of the problem was due to the ‘Godless’ people in Europe.  How and what role the ‘Godless’ people played in the Irish scandal was not explained. However this excuse neatly clears the way for the Vatican to further distance itself from any involvement in the crisis in the first place.


The visitations under the leadership of Archbishop Dolan supported by Canadian Archbishop Collins suggest that their subsequent elevation to Cardinal may well reflect what the Vatican wanted to hear rather than face the truth.

For more on this topic and the Pope's visit to Mexico click here.

The Vatican's action speak louder than their words.

Who knows what they understand about human sexuality, but they know what is wrong and right. They preach it all the time, yet they don't follow their own preaching.

The only way to get this abuse stopped within the catholic church is to hold, all responsible for committing sex crimes against kids and who cover up those crimes, accountable to the law of the land.

They have been above the law for way too long, that is how so many thousands of children have been allowed to be sexually abuse.

They have committed crimes against humanity.

They really do believe that they will not land in jail, like the rest of humanity who commits these crimes against innocent kids.

It is time for this to get stopped.

(SNAP, the Survivors Network of those Abused by Priests, is the world's oldest and largest support group for clergy abuse victims.
SNAP was founded in 1988 and has more than 12,000 members. Despite the word "priest" in our title, we have members who were molested by religious figures of all denominations, including nuns, rabbis, bishops, and Protestant ministers and increasingly, victims who were assaulted in a wide range of institutional settings like summer camps, athletic programs, Boy Scouts, etc. Our website is SNAPnetwork.org)

"Is it now time for the Catholic Church to re-examine their teachings and understanding of human sexuality?"

"If wishes were horses, beggars would ride!"

What is our role in the universe?

When God is our destination, we are his signpost